CHAPTER 3 – GOODBYE TO THE OLD ME

Chapters 1 and 2 were no longer theories for me.  I now had a sense of how much happier I would be if I aligned my life with my highest values.

However, instead of rushing out and trying to create the life that I had envisioned, I learnt to take a new approach.  I started by making subtle but powerful changes to my current life.

I began by assessing my life to see what did and didn’t reflect my highest values.  I consciously observed how I felt about my environment and the things in it.  The people I interacted with, activities I participated in and events I attended.

Then, I began to eliminate the things from my life that I didn’t enjoy.  I minimised time spent with people who didn’t make me feel good about myself.  I felt more upbeat.  I felt a sense of liberation, so I continued.

By doing so, I’d now created a ‘space’ for the things that did reflect me, as well as emotions that I had been suppressing.  Old, familiar and painful feelings began to surface.  Emotions that I’d battled with my entire life.  Emotions which included fear, anxiety, sadness and grief.

My life had been built out of a need for safety.  I’d developed ways of behaving to please others and protect myself from situations and people that had hurt me in the past.

Now that I was leaving these protective habits behind, these emotions were raising their head.  Rather than burying them, as I had in the past, I embraced the idea that my emotions needed to be acknowledged and felt, in order for them to be processed and released.

Releasing the emotional baggage from my past

This wasn’t an easy task as there was immense pain behind these fears.  I trialled various emotional release tools and techniques.  However, the method I found the most effective was that of Dr. Deepak Chopra as described in his on-line program, SynchroDestiny.

By working with these emotions, rather than avoiding them, I experienced immense and immediate relief. Despite feeling raw and vulnerable when the emotion had been processed, a sense of calm washed over me.  Practicing self-kindness acted like a soothing balm.  Healing occurred.  The feelings abated.

I now greet my emotions with open arms knowing that my work with them will bear me the gift of an even deeper sense of freedom.

Take some paper and a pen and write down what happened during your painful emotional experience. Put down in detail how you felt, what other people did, and how you reacted afterward.

When you feel satisfied that you’ve expressed what the whole thing was about, take a second sheet of paper and retell the same incident from the other person’s point of view. Pretend that you are that person. Write down what they were feeling, why they acted as they did, and how they responded afterward. Deepak says, this part is harder than writing down the incident from your own point of view, but stick with it – you will be taking a big step in freeing yourself from the pain of the past.

When you are satisfied with what you’ve written, take a third sheet of paper and relate the same incident as a newspaper reporter would, in the third person. How would an objective observer describe the incident in question? Give the details as objectively and evenhandedly as you can.

Deepak says, this step takes more time than the previous writing tasks, but people enjoy it immensely. In this experience they discover that they are no longer trapped in their own point of view. They suddenly can call upon other voices in their head, a new set of eyes, a greater sense of detachment. It’s all very freeing.

I’ve used Deepak’s process countless times and have found it particularly helpful for processing very painful and deep seated emotions. For example, I worked through this process in order to release the subconscious grief I’d been carrying following the death of father, which had occurred the day after my eight birthday. I also used this technique to recover from the hurt, betrayal and abandonment I felt when I discovered the secrets my husband had been keeping and the lies he’d been telling me. It also helped me release the guilt, shame and sense of failure I felt around ending my marriage.

I’ve found that by using Deepak Chopra’s method to process my emotions, I am easily able express my needs and set boundaries to ensure they are met. 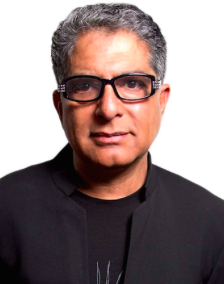 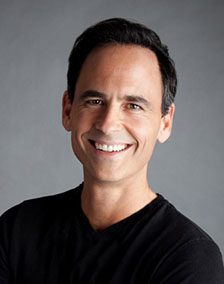 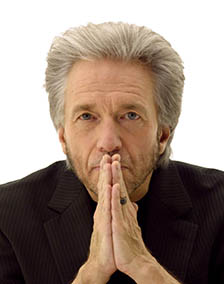 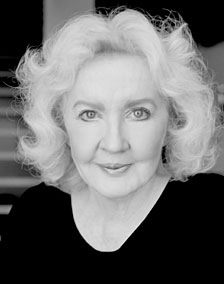 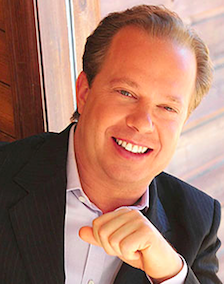 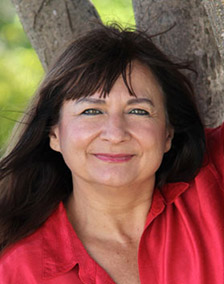 Denise Linn
MY STORY
INTRODUCTION
Overview
CHAPTER 1
Who am I?
CHAPTER 2
Creating a ‘vision’             for my life
CHAPTER 3
Goodbye to the old me
CHAPTER 4
Customising my life
CHAPTER 5
Reprogramming my subconscious mind
CHAPTER 6
Synchronicity and meaningful coincidences
CHAPTER 7
Learning to ‘let go’
CONCLUSION
Weaving it all together