WHO IS ROB WILLIAMS?

Rob Williams – the originator of the ground-breaking PSYCH-K is an internationally recognised speaker and workshop leader.

Williams began his career in management in the corporate world, and after 14 years had acquired ‘all the social trappings for happiness’: a wife, two children, a home in the suburbs, and the combined income that afforded the creature comforts of middle class America. He had what he calls the ‘fat-wallet, thin-life feeling’.

He enrolled in a graduate program at the University of Colorado, completed a master’s degree in counselling, and began a private practice in psychotherapy.

Williams’ education prescribed that the only way to change your beliefs was to go back, find the pain and work through the pain.

Putting this into practise, Williams was able to help his clients develop mental and behavioural strategies for moving beyond their current limitations, but their problems persisted. They had many insights about how and why they had become the way they were, but they were not experiencing the satisfying lives they sought. Williams became frustrated by the limitations of the old counselling formula of insight + willpower = change.

Williams began investigating alternative therapies such as Neuro-Linguistic Programming (NLP), hypnosis, Educational Kinesiology, Touch for Health, Reiki and many contemporary and ancient healing techniques. He read countless books, studied other teachers, and listened to the best and the worst of the self-help gurus.

His search for synthesis finally came by way of what he calls an ‘intuitive insight of a pattern for changing subconscious beliefs’.

He states he was skeptical at first about these ‘intuitive flashes’, so he began experimenting with himself and willing friends. He relates that he was astonished that the results were often dramatic and life changing. He began using the process in his counselling practice. Changes, he records, that normally took months or even years to achieve with traditional methods were happening for his clients in just 3 – 6 sessions with PSYCH-K methods.

He developed the information to be presented in a workshop format which is now available in many coutnries. Williams personally selects and trains his Certified PSYCH-K Instructors to run workshops and private sessions.

He often lectures with Dr Bruce Lipton at international events, and runs workshops. Williams and Lipton co-host the popular DVD, The Biology of Perception… The Psychology of Change. Williams is also the author of the book, PSYCH-K… The Missing Piece/Peace In Your Life!

PSYCH-K changes people’s lives forever. I have found it to be a powerful tool for reprogramming my subconscious beliefs, quickly and easily. You can read more about the direct impact Rob Williams and PSYCH-K has had on my life here.

To find out more about PSYCH-K you can watch the interview video series with Rob Williams or visit the website.

Rob Williams changes people’s lives forever. His work influenced Chapter 5 of My Story, and provided me with the tools to reprogram my subconscious beliefs.

Who is
Rob Williams? 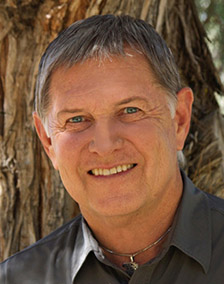 What is PSYCH-K?
(Process) 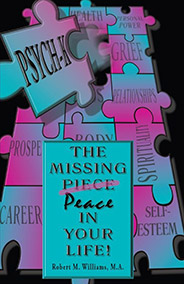